Smiles from a Yatra 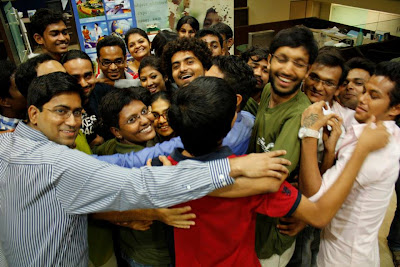 Over the past few months, a few of us were blessed to undetake a 'Pilgrimage' or Yatra across the country through a film making intiative. Through the project, we were humbled to see the incredible response from 10 year olds to 60 year olds! All coming together to create films with a simple pure intention of creating transformation in their own hearts. No doubt, on the outside it was an incredibly large project, with over 500 teams and 2000 filmmakers signing up, but the greatest inspiration was for us to see how we connected with people through small acts of generosity.

From Tibetan schools in Dharamsala to youth coming out of drug addiction in Dehradun, from pre primary school teachers in a small village to big institutes like IIT and IIM, from local organisations to big corporate houses in cities, we met them all. Shared with them power of stories through media workshops. One thing was common in all of them and that was their enthusiasm to be kind. During each workshop, we would show them few inspiring films and kindness videos and ask them how many would like to practice an act of generosity right now, and every time, every single hand in the room went up. We would then gift them a smile deck and immediately the energy in the room would change. Hours before we were strangers but next moment we were all giving each other big hugs and infectiously smiles would spread. 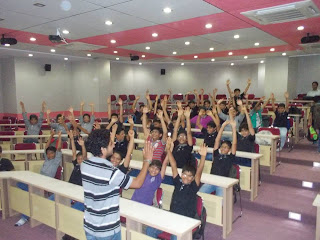 Truly, it helped us experience the saying - "'We are all kind, we just have to practice it. Deep down kindness is our true nature and when given the right environment and opportunity it blossoms magnificently."


All the films will be shared soon but here's what one of our dear friends Deven Shah shared: After attending a retreat in silence for 10 days in Igatpuri, on August 17th evening he spoke to a couple of fellow attendees about his intention to make a film and they were excited. He checked his email and saw that he had been assigned a topic of making a film for 'Random acts of kindness'

Six people who had spoken for the first time on August 17th made a film together. They shot the entire film using a phone camera in Igatpuri at the Vipassana center. Here are the results :)