Lessons From The Maid

In our Laddership Circle last week, we were encouraged to interview someone to listen to and learn about their story. I interviewed my maid. 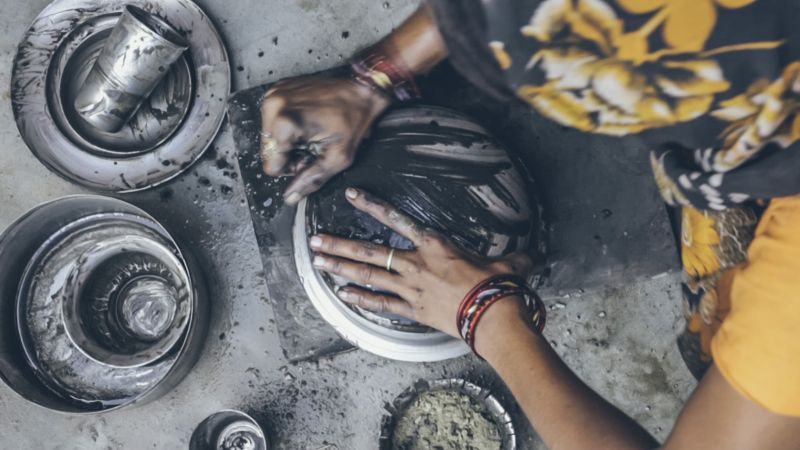 My maid is a young and smart woman who is married with 2 kids. That is all I knew about her. She has been helping me out for more than 2 years. She comes in on time every morning, and very efficiently finishes all her assigned chores and rushes on to her next stop! I usually am a silent person in the morning, and prefer not chatting. She leaves me alone. We usually are in the kitchen together, me preparing breakfast, and she cleaning last day's utensils, but not talking. I sometimes put music on so the not-talking part becomes easier. But last week, while I contemplated on whom to interview, I realised I had someone right next to me, who I talk to once in a blue moon.

So I started talking to her casually, which led to such a long conversation. I found out something I never would have known. The picture I had in my head about what her story is, was in reality very starkly different from what it really was. She stays with her husband, who is a major alcoholic. He hardly ever goes to work, and even if he does, it's only so that he can drink some more. He is out all night, and comes home very late, always drunk. She earns for their family of four, sends her kids to school and puts food on the table. Her in-laws stay in the village and her parents stay close by. She went on to tell me how when her kids were very young, she requested her parents to help her look after the baby, because she had to go work so she could afford to feed them. But they were of no help, and she had to carry her just-born baby to work. She got some help from the people she worked for, but she expressed great sorrow in the fact that her own parents did not step up.

I learned that she is a very strong woman, with immense dedication, determination and loyalty. While we were talking, she got a call from another lady she works for, asking her whether her husband would be game for some 1-hour of work they needed some help with. They offered a decent pay for 1 hour. I was amazed when she told them- "Madam, I'll be frank to you. My husband is not someone you can rely on for work. I cannot guarantee that he will come on time. And if he does, I cannot guarantee that he will complete the work, or that he will do it well. If you still wish for me to convey this offer to him, I will, but since I work for you, I want to be truthful about this situation to you and not spoil our rapport." I was really dumbfounded. So much integrity, honesty and loyalty displayed within one phone call!

I asked her what keeps her going? She says she does all of this so her 2 sons are well-educated so that they don't end up like their father. Her sons see the behavior of their father and ask her why they should go to school. They tell her that they also want to go out and play the whole day and come back home and sleep the rest of the time. She works hard hoping her kids will get inspired by her actions and not get influenced by her husband's.

I then asked her whether she was taking care of herself, and whether there was anything she needed help with. She just smiles and says nothing. She is a proud young lady, who will work double time, but will not ask for a favor. She is living her life for the people she loves, and hardly has any time for herself, which I don't think she ever complains about! She believes that by being truthful and doing good work, God will be with her every step of the way. Every year, she visits a temple in her hometown and donates her hair.

Before she left for the day, she tells me another incident where her pressure cooker exploded while she was standing next to it, and her kids were sleeping a metre away from it. But miraculously, not a single drop of water or a single grain of rice fell anywhere on her or her kids, but in the little gap in between them. She said, that was proof that God was with her and all will be well. :)

Do good, be good and good things will happen to you is what I learned from this conversation with my maid. Also, this conversation was proof to me that everyone wants to share their story, if there is a listening ear. Not necessarily helping, but just listening!