Tagore, a young man and a schoolgirl

Yesterday I gave myself a treat. I had not been in a bus for a long time so I decided to take the 37 Bus to Nehru Centre where I thought a lecture on Tagore was to be held. I left early and hopped onto a relatively empty bus. It was fun to be with people in an airy vehicle, instead of a stuffy taxi, even if air-conditioned.  I soaked in all the sights and sounds around me. I waved to the Haji Ali Dargah shimmering in the afternoon sunlight. The sea was calm and the waves hardly crumpled the surface of the water.

I got off at the Lotus bus stop facing the gardens and lawns of the Centre. The traffic was heavy and no car had the courtesy to slow down at the zebra crossing. I joined an impatient group of pedestrians waiting to cross the road. A ten year old schoolgirl in her olive green uniform, her hair plaited and looped, stood anxiously with us; nervously staring at the cars whizzing past. A young man in a green shirt noticed her plight and asked her if she wanted his help in crossing the road. The child nodded solemnly. He gently took her by the hand and when the traffic thinned he walked her to the other side, saw her onto the pavement and then crossed back to the bus stop I had
alighted at. 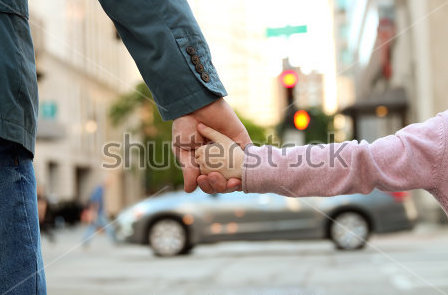 It was all done so unobtrusively, in a silent, matter of fact manner; no desire to be thanked or recognised for his good deed. Perhaps, no one but me had noticed his actions. But it made my day. A quiet happiness spread through my being. A little girl and a young man had briefly met on life’s path, held hands, crossed in safety and then let go of their fleeting encounter, perhaps never to meet again in this lifetime.

I cheerfully entered the cool gardens flanked by tall trees shading the emerald-green lawns. It was as if the hustle and bustle of the crowded city had vanished. I was in another world, though only for a minute.

At Nehru Centre I was met with blank stares. There was no programme on Tagore that day. I had made a mistake. It was to take place on Friday.

A little disappointed I began to walk back to Haji Ali. A cool breeze mitigated the heat of the afternoon sun. Birds floated lazily in the sky. Fishing boats bobbed up and down in the dark waters and the palm trees waved their friendly fronds at me. I sat at the Haji Ali bus stop soaking in the scene. Turning towards the invisible presence beside me I wondered what song would emanate from his lips, what short story would be penned by his hand from this momentary encounter: when a school girl’s frightened gaze was met by a young man’s reassuring look?