Last month, me and my husband, Rakesh, were visiting our son Pratyush in Ahmadabad. Every visit to Ahmadabad is filled with lots of stories of love but something extra special happened this time.

It was Rakesh's, birthday. Some of his batchmates from BITS Pilani, who are now staying in Ahmadabad, gathered to make this a wonderfully memorable day for us. It is a totally no fuss group.

We all met at Gandhi Ashram. Pratyush gave them a guided tour of the ashram and then we headed for lunch at a restaurant nearby. 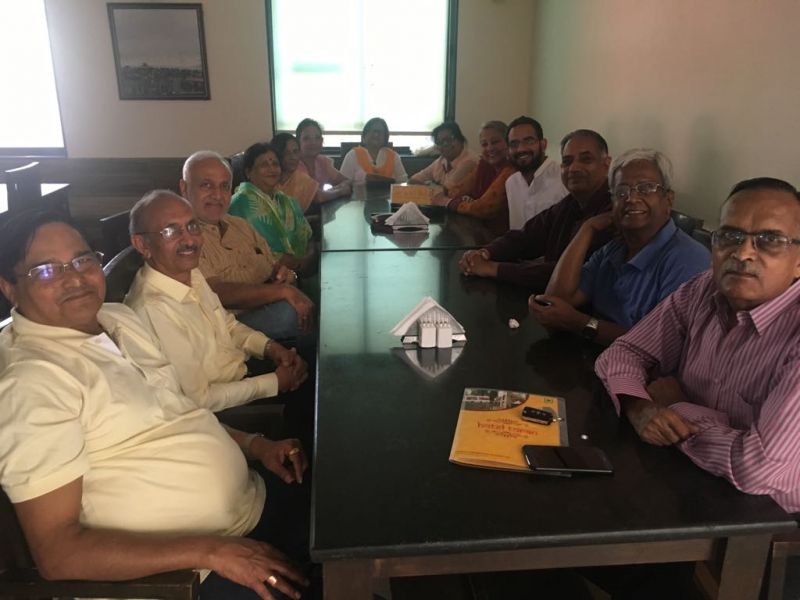 What happened next was an out of this world experience for all of us. This Pilani group goes dutch on the bills, that is they split the bill equally among themselves, always. So all the men, including Pratyush, went to the billing counter. They asked the cashier for the amount and lo and behold, the cashier told them the bill was already paid for!

Some were dumbfounded and two literally threatened the cashier to divulge the name who 'outsmarted' these MEN of the WORLD. Finally the cashier pointed to a now empty seat and said--- "the gentleman sitting there paid the bill and left this note for you" 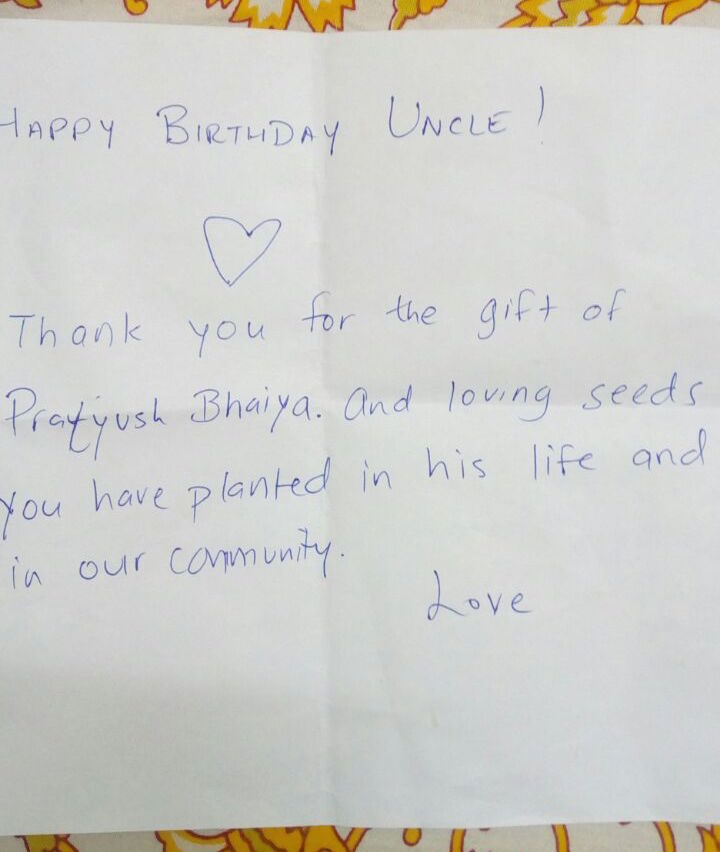 The group couldn't take it and contributed to match the bill and gave the amount to Pratyush. Nimesh is a dear member of Moved by Love and lives in Pratyush 's building.

We added to the amount and had difficult time convincing Nimo to accept it for the kids he works with :-).