Connecting Hearts through a Journey of Love

Recently a group of us friends had visited Kutch, a region that has been known for it's harsh living conditions. The weather conditions are extreme - some of the world's most arid regions and about ten years ago, it was hit by an earthquake that uprooted villages all at once without leaving a sign behind. But amidst the harsh conditions, it's white sand desert held an expanse with colours that encompassed beauty beyond words. And just like the beauty we find in the most unexpected places, was a community whose strength was undeterred by the most difficult situations. It was a community of artisans who found joy in weaving beauty around them in various ways- through unique home paintings, handicrafts in the clothes they wear and folk songs that they sang. We were amazed to experience the art that keeps them alive through thick and thin. Their life stories made a deep impact in our hearts and we learnt the true meaning of living simply with gratitude to the divine in every moment. 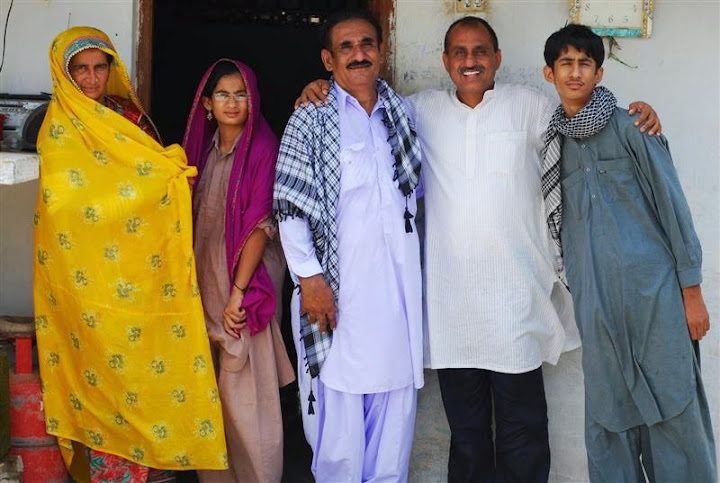 One such incident was in the home of Mahmood Bhai, an artisan who spent his time creating artworks from the local earth and clay and spent his time rearing his buffaloes. It was during our visit to his home, that we were completely taken aback by his simple, yet unwavering intention to be an authentically beautiful human being. Together, with his wife he would offer us the most delicious meals, accompanied by milk from his buffaloes. We were so moved by his sense of being, that we our knee-jerk reaction was to offer him something to 'make his life better'. We spoke to him of a space in the city, where he could stay and make pieces of art that he could sell, and with the profits, live a comfortable life.

He looked back at us with the kindest eyes, as if to say he understood where we were coming from. He humbly refused saying he received his inspiration to create these pieces only when he was in his small village that was close to nature. Above all he wouldn’t trade tending his dear buffaloes just to earn some money. In fact, he was so connected with them, that he invited us to come to his home tomorrow to cherish the fresh milk that his buffaloes would offer!

Instantly, I was taken back. Here I was, making an offer, and instead ended up receiving! This came as a moment of truth to me, a sudden realization of how easily we trade nature with all material we are surrounded by. What is the real price we pay for it? Are we truly civilized, if we are openly ignorant about other beings around us? 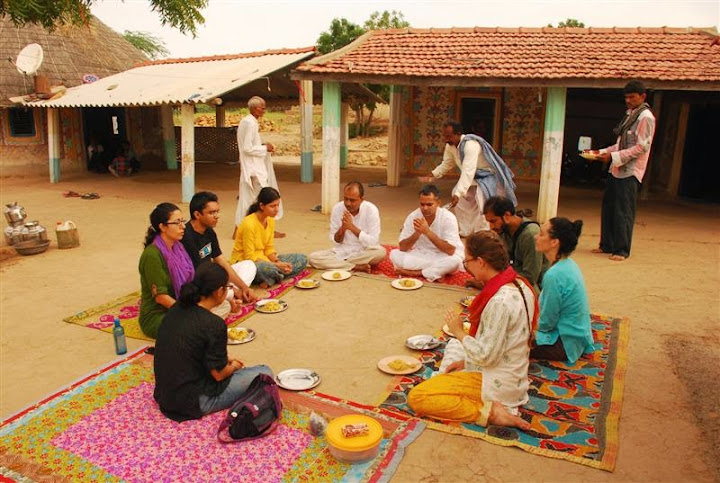 Fast-forward to last month, when we were hosting the Gandhi 3.0 Maitri Space. There were a couple of construction workers outside the retreat centre. We were a bit pre-occupied by the preparations for 50 friends visiting from across the world and hadn't noticed them for several days. On one of the mornings, I happened to see smoke emerging from outside the main gate. Out of curiosity, I stepped outside and there they were - a few workers and their wives, who were cooking at such an early hour. I started chatting with them and naturally thought of sharing some tea with them. Soon enough three of us sat across the fire, sipping tea and sharing our life journeys. Before I knew they placed a hot roti in front of me. Initially, I refused, since it was too early for me to eat breakfast. However, they made me eat a bite and it was most heavenly taste of love in that bread made of corn flour. I was deeply moved that morning, and soon left the space, inspired by what I had witnessed.

But just a few days later, they visited the campus again. I was puzzled, wondering why they had come looking for me. It was only after we spoke that I realized they were hoping to offer me fresh corn from their farm that had just arrived. I was left speechless with this humility and the 'bhaav' or intention of sharing that flowed from them.

I remember that moment distinctly - something within me shifted to feel that everyone is one. Whether they were within the campur or working on the outside. I realized those brick walls that separated us were merely an illusion and that were were truly inter-connected. It was the flow of 'maitri' that tore down the walls - and we could access that flow only when we approached people, communities and situations with humility and awareness.

As I pondered over what had transpired, I was reminded of Vinoba Bhave's Bhoodan Yatra, or Land-Gift Movement, where he walked on foot for 15 years and 80,000km to inspire people to gift each other almost 5 million acres of land. At the end of the movement, what he said resonated deeply with my heart. He said that the journey was essentially about approaching each community with the intention of serving them. And in that process, we would be able to witness the divinity that existed in each and every soul. When we knocked on doors with that humility, we could access them through their hearts, and when we touch the hearts of people, we see each other as one. In that one-ness, all the walls dissolve and a collective journey begins. It is with this inspiration, that I was moved to begin a journey of my own. A journey (Jatra), rooted in approaching people with pure intentions (Bhav) - what I call a Bhav Jatra. The spirit, is to drive to communities from March 2 to October 2 2014 from Kutch to Kanyakumari to Kolkata and back, and to see the beauty in the existence of every soul we come across. We will look not so much for answers, but to start asking tougher questions of ourselves. We hope to cultivate stillness through practices in meditation and to make a shift towards the collective through small acts of service. To offer ourselves through deep listening or in any other way we can be useful to the community. And in doing so, we hope that we will come one step closer to realizing that we are indeed, Moved By Love.

Over the weeks, I've been deeply inspired by all the beautiful souls who've expressed their interest in joining the Jatra. I feel gratitude for each one of these Sahyatris (Co-travelers). Here are more details for those wanting to join.

~ May All Beings Be Happy ~