We were at Golden Temple listening to kirtan (verses of Guru Granth Saheb being sung with deep devotion). Some people around us were sleeping, we noticed that one person had kept his feet towards the temple but as soon as he noticed that, he changed the direction of his legs. Mostly out of respect, people do not keep their feet stretched out towards temple while they are sitting. 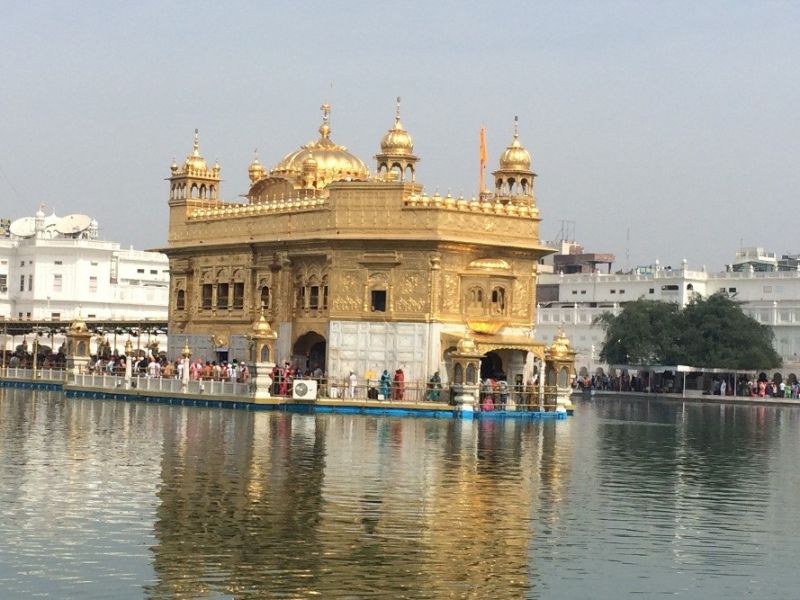 That same evening, we met one wise friend, a policeman, who shared many stories of Guru Nanak – including responding to our unspoken question of why to not point our legs towards the temple.

During Guru Nanak’s visit to Arabia, one night he was resting in front of the Mosque. Seeing this, the priest of mosque yelled at Guru Nanak, "Don't you know this is the house of God? Why are you lying with your feet towards the Mosque?"

Guru Nanak-Ji woke up and replied, "I'm sorry, I didn't know. I was so tired that I just lay down and fell asleep. Could you turn my legs to the side where there's no God?"

In his anger, the Priest caught a hold of his legs and dragged them to the other side. But then he saw that the Mosque was still in front of Guru Nanak-Ji's feet. Then he gave another pull but to his great surprise, he saw the Mosque again towards the Guru's feet. He was so upset that he could not speak.

Guru Nanak then said, "God does not live in one place. He lives everywhere." Saying this, Guru Nanak started singing Kirtan.


The policeman shared another beautiful story.

Once a Pir (King) of Baghdad called Guru Nanak Ji to visit his palace and after meeting Guru Ji, he asked three questions: (1) If God created the world, who created God? Who was before God? (2) Where does God live? (3) What does God do?

“Nanak-ji, if God created the world, who created God? What came before God?”

After hearing the first question, Nanak-ji asked the Pir to bring some diamonds and rubies. On hearing this demand, Pir started doubting the integrity and intention of Guru Nanak, but still, he was curious to find the answer so he asked his ministers to bring a plate of diamonds and rubies. Then Guru Nanak asked the Pir to count those diamonds, so the Pir started: “1, 2, 3, 4…” Immediately, Guru Nanak stopped him and said, “You are counting it wrong. Please count it correctly.”

The Pir again started and when he reached 4, again Guru Nanak stopped him and said, “Again you are making a mistake.” Pir got a bit angry but politely said, "I am going to recount again, but please stop me right when you think I have made a mistake. I just want to know where the problem is in my counting.” Guru Nanak said, “Ok, I will tell you".

The very moment he started the count with ”1”, Guru Nanak stopped him and said, "Pir, start counting prior to 1.” Pir replied nervously, "How can I count prior to 1? Before 1 is nothing.”

Guru Nanak Sahib Ji said, "Yes! There is nothing before 1 – that is the mistake. 1 - Ek Omkar. Before anything, there is always God. Without that count, our perception is all wrong. God exists outside of time, so there can be nothing before or after God.”

Pir was deeply moved, as his state of ego fell into humility. He politely offered the second question to Guru Nanak.

“Nanak-ji, where does God live?”

For this question, Guru Nanak asked Pir to bring a glass of milk. After receiving it, he asked "Pir, there is something in it. What is that?"

After hearing this question, Pir started looking for that something in the milk but couldn't see anything. Then, patiently, he replied to Guru Nanak, “If you can see something in it, please let us know.”

Guru Nanak said, “I can see butter inside it.” Pir immediately saw the wisdom in it.

Guru Nanak elaborated, “Just as we can see butter in milk, in every living being we have to learn to see GOD. God lives everywhere.”

To answer this question, Guru Nanak asked Pir to come down from his throne. Pir then asked, “Where should I sit, then?"

Guru Nanak replied, “Well, you come here and I will sit on your throne.” Somehow, Pir agreed and did as told.

Guru Nanak then said, “See this is what God can do -- in a minute, bring the King to the ground.”

Pir understood, then, that God’s work is done through his instruments. Just as the sound of the flute only comes through its hollow instrument, the wise among us are empty instruments for the harmony of God’s love to be played through them. 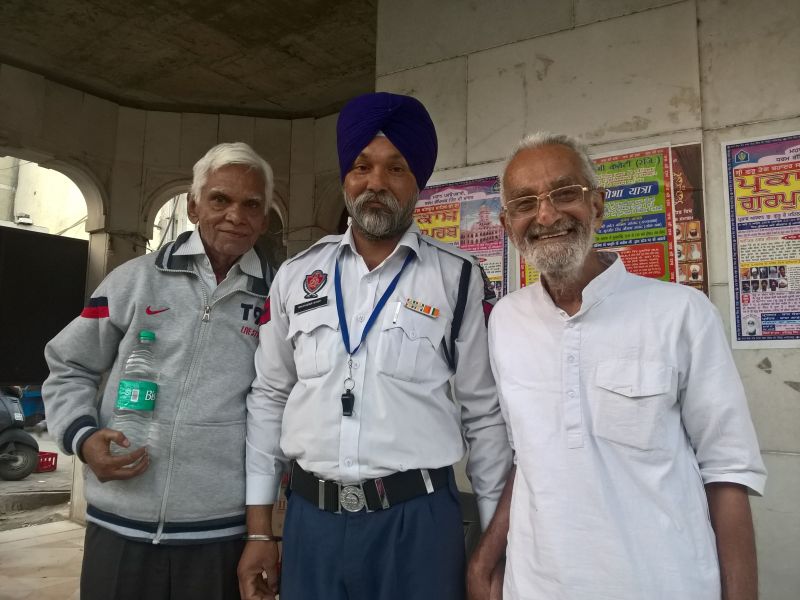