A few weeks ago, a Mumbai-wallah received a beautiful piece of prayer mandala art by snail mail - probably a personalized post he got in a long long time. It was signed off as "Sarjan" -- the act of creating the world, in this case with chants of love. No prizes for guessing who sent it - our loving sarjak Bhumika who created it during her stay at the Vinoba ashram, Baroda. The words weave a poem, a prayer expressing gratitude to the universe and celebrating its goodness which, as we all know, lies in the eyes of the observer! :) 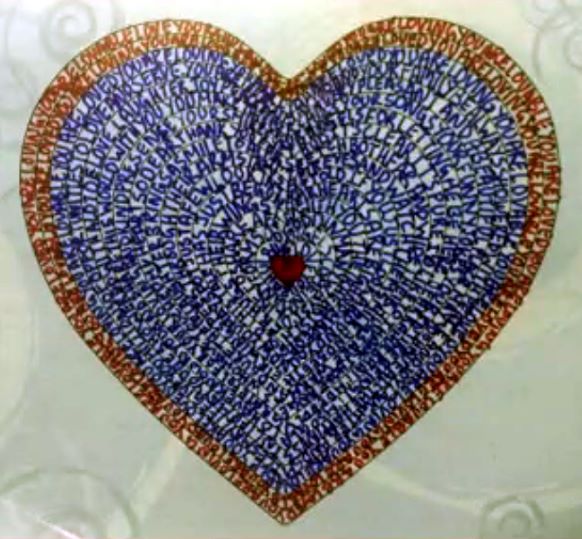 Meanwhile, Kavita Rajwanshi aunty is spreading her wings of love. Her dhobi’s daughter Arti used to be a reticent girl. While accompanying her father, Arti would hum songs occasionally. That was enough for Kavita aunty to form a bond with her, send her the daily messages of Vandana didi via whatsapp, or taking her for an ice cream at a local mall. Kavita aunty would play MBL songs while Arti was around, and little by little, create an atmosphere of comfort and love, for Arti to sing out the bhajans aloud. Next, Kavita aunty is helping Arti prepare for her matriculation which is due 2019! May the love be you, Kavita aunty! 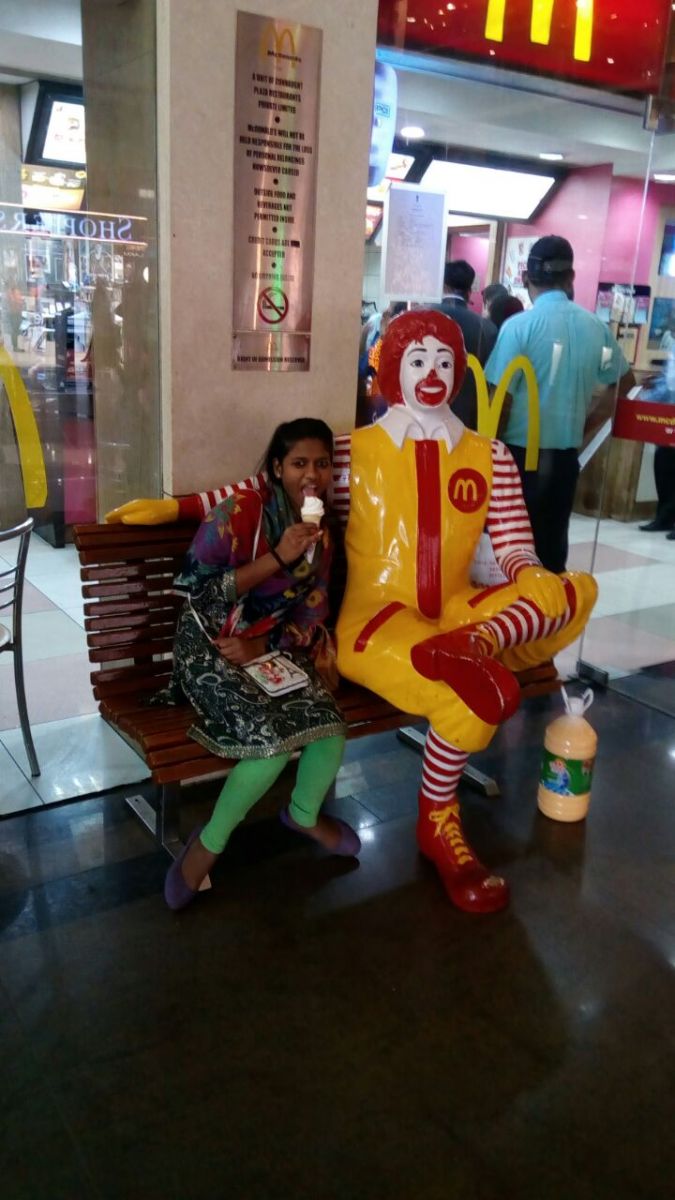 Talking of art through heart, the ever-curious Shaloo is learning Calligraphy from a 80-year old at Auroville. Now, that’s a beginner’s mind! And Shaloo is also teaching photography to teenagers. Deven continues to volunteer with the school, holding space and planting seeds in children, with the theme of the last month was kindness and this month is honesty. (Incidentally, Deven is Simoo's class teacher :)) In the first half of July, Deven and Shaloo attended a marathon Anapana for Children training. And Deven conducted a 1-day course! And now, as Shaaloo completed her Satipathana sit recently, Deven is en route to his 45-day in October _/\_Sadhu _/\_ Sadhu_/\_ Sadhu 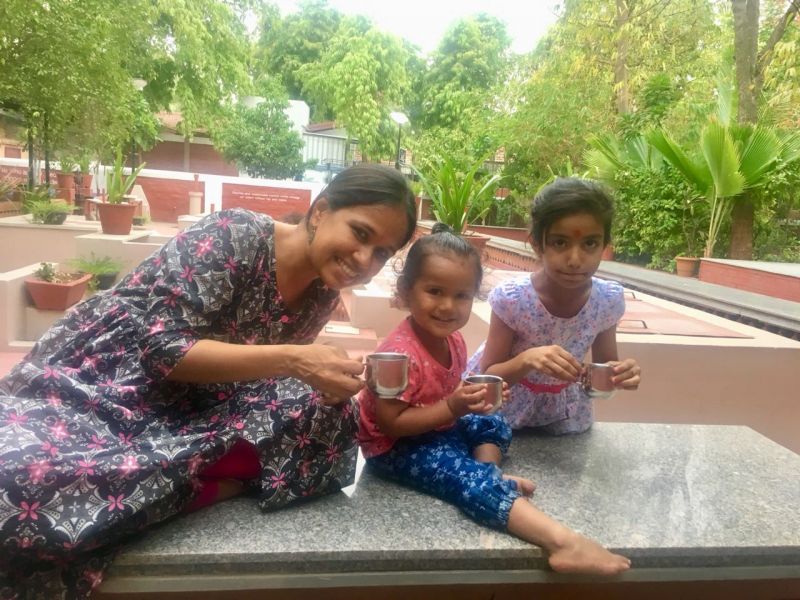 While we speak of values rippling out to our kids - at Surat, a regular Awakin couple Meera-Ritesh and their 10 yr old are laddering the Surat community by leading with change. One Awakin, the son insisted that they cook the meal. Meera and her son then cooked pav-bhaji (renamed prem-bhaji) for 35 people at their home and served it post Awakin. The 10-year old sat in silence for some 40 minutes and was completely present for the circle of sharing. Amazing family to say the least. In the works is a kids' one day retreat!

The Surat Karma Kitchen team continues to make ripples, oops waves. More than 14 one-a-month KKs in a row now, in July KK, Swara and the gang of 4 from Baroda were volunteering too and lot of inspiration was in the air. Aabha, Avani's cousin and her fiancé both decided to spend the day at KK. Aabha choose to do the dishes at the back end for the entire 4 hours. Says, Parag bhai, "It was a deep inspiration for me to see both of them serving." It is so moving to see youngsters practice the secrets of deep relationships with such ease. Indeed, how deeply we connect when we serve together, in an atmosphere of silence. A spouse of the Zumbish community member at Surat, Gulshan celebrated his 50th birthday with a circle (Parag and N2 anchored it), where every participant (Gulshan's extended family members) engaged in an act of kindness as a priceless gift to Gulshan. Surat community member Vinita recently moved in to a new house and hosted a pop-up Awakin circle for the local community with a full hour of silence and circle of sharing, followed by dinner. The ripples of holding circles can go far, wide and deep. 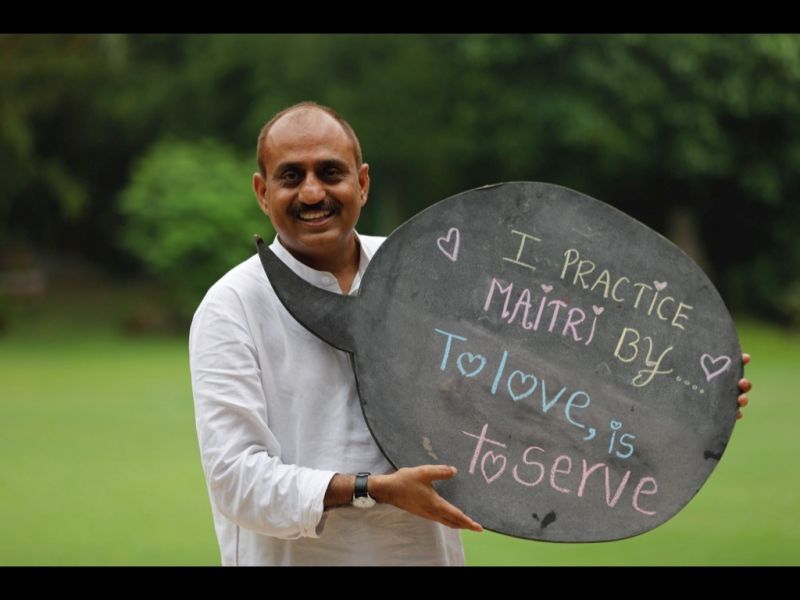 By the way, a little bird tells us that it is togetherness season at MBL. Our Know-Your-Star Jaideep got engaged to Akanksha, with wedding bells ringing this year end. Do you know what tarkeebein he tried to get her to say yes to him? May be Jaideep has some tips to exchange with Vidhi, who volunteered at the July retreat at Sughad which her fiance Kaushal (a Jet Airways pilot!) attended. Next of Vidhi's qualifiers for Kaushal includes sitting a 10-day, just kidding. (To let a secret out, the wedding is fixed in December this year :-P) And to not stop at that, both Jaideep-Akanksha and Vidhi-Kaushal can take tips from Anu-Goli, who after spending a good couple years at Navdarshanam (and hosting many of us during their stay there), are in transition. 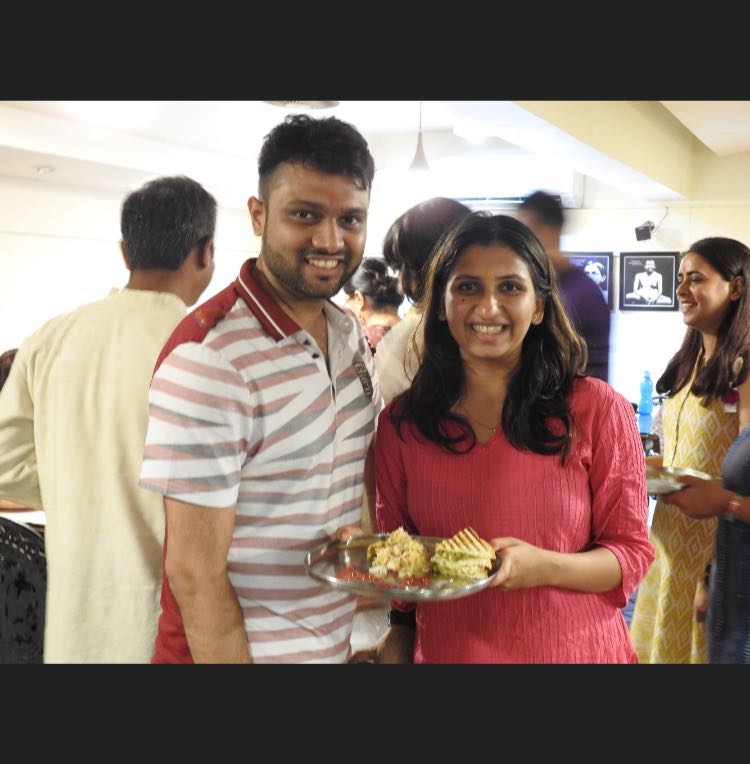 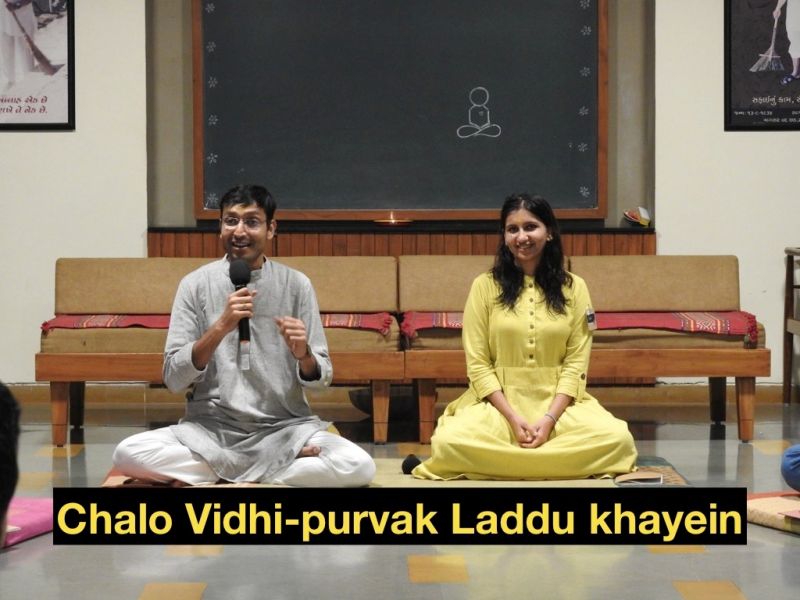 ...Meanwhile, the usual HHH masti dhamaal at Fort Sughad continues. Mid August, Ketanbhai Vikamsey's CA firm had their retreat in a format similar to HHH at Sughad, with quite a few of MBL posse out there volunteering. The office colleagues engaged in acts of kindness, visited Gandhi ashram and ashram shala premises and had circles with Jayeshbhai. What a lovely office atmosphere to have - (Ketanbhai, do you accept job applications from non-CAs?) ;-) 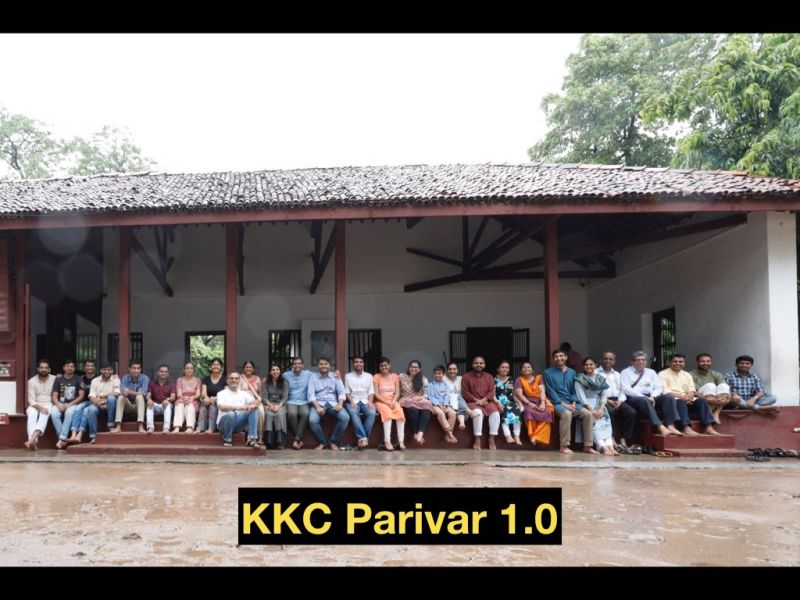 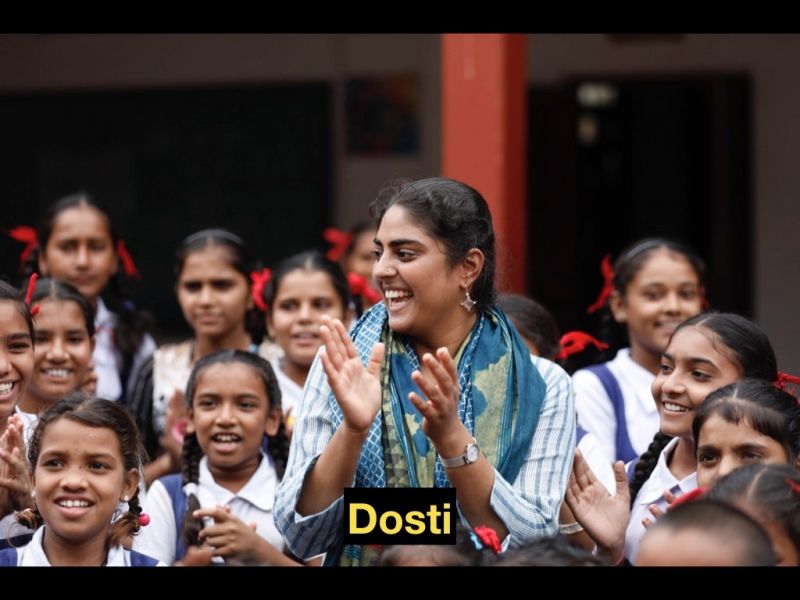 As you can see, the M-Bee-L Hive is abuzz in-action. More in the next edition!