A few months ago, I started working at a government home with children between the ages of 0-7 years. These children are here because they were abandoned just after birth or later due to multiple reasons. I was always interested in working with this age group because, as per psychology, there are significant milestones in this phase that affect a person’s later stages. Of course, I was worried when I first stepped in as I had never worked with this age group, but as I started knowing them better, I realized that children are like the ocean; always dancing, joyous, transparent, flowing, and most important keen observers. They are receivers and givers at the same time.

Out of all the kids, I will share my journey with a 7-year-old girl whose name in the Hindu tradition means the one who always forgivesðŸ˜Š. Talking about her from the lens of her behavior, she needs attention; she has rapid body moments, her verbal expression is not clear, her first response to anything when I started coming here was beating the younger ones, shouting, throwing things on us, and sometimes even speaking foul words that she might have heard from her surroundings. Studying a little about the child’s journey by now, I know that the manifesting behavior now has its roots in how she might have been treated like an infant.

For the last few weeks, I started making her sit next to me in the circle, which I saw was useful as it was easy for me to give her one to one instructions as compared to group instruction plus, I started giving her small tasks like putting colors in the box properly or distributing papers or leading the prayer. Last Friday, her mind did not settle for any activity, and her frigidity started affecting the other children in the group, so I gave her a piece of paper and told her to scribble as much as she wanted. She started doing it and broke almost 4-5 pen nibs at first with her force. She scribbled on the front side, the backside, the adjacent wall, the floor, and finally crumpled the paper and threw it in one corner of the room. When I asked her to bring the paper back, saying that I want to put it into my folder, she went and got it for me. Later I asked if she needed another paper to scribble, but she denied it. After a while, we agreed to finish some writing work which she did finish. In the end, as I was about to leave, she started rolling over me, snatching my bag, and I bet her physical energy was more than any adult. I felt tired, of course.

A part of me had given up on her, and my mind surely pointed me towards the punishment model, but I knew that would make things even worse. More than the outcome, it just did not feel right. I felt stuck. While driving back home somehow, I started thinking of “her” needs and what it would be like to stand in her shoes and other children who, in their most tender age, don’t have a warm chest to hug or a lap to sleep in. I felt a shift in me, and from the “doer” mode, I started to think of how to serve these tender hearts. The image that came to me was of Sister Lucy, her radiant smile and her big loving hug to anyone who comes to Maher, and I got my answer. It was love that I had to serve these children and nothing else. 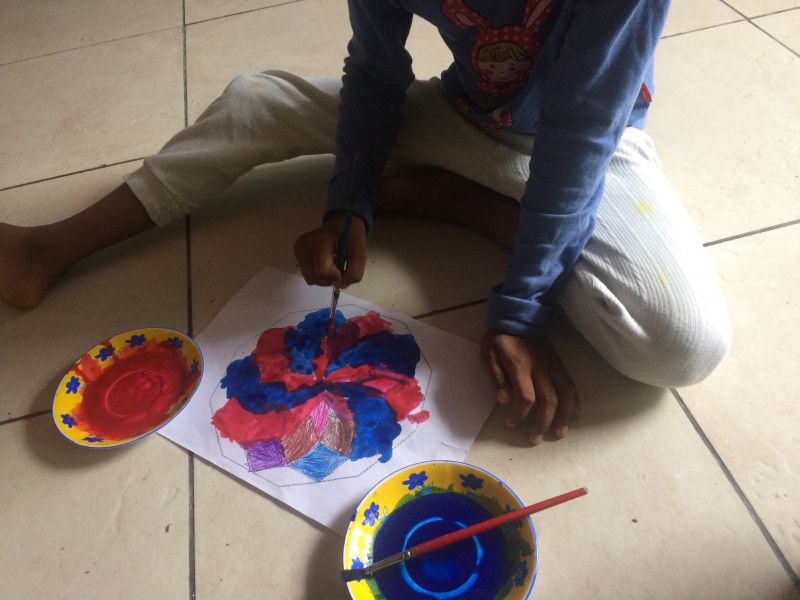 I am not sure if the next day was my lucky day, but all the kids except this girl were sleeping, enjoying the rainy weather. So both of us got exclusive “we” time for the first time in the last two months. Things that happened after that were like a gift from heaven. We started with our daily prayer ritual, and to my surprise, she was sitting still, her eyes closed, and there was not a single restless body movement till the end of 80 minutes. When I asked her what she wanted to do next, she said she wanted to paint with watercolors. To my surprise, the way she painted, the way she put the brushes after using it, and the way she washed the color plate and placed it, my heart kept smiling wide, looking at the seeds of patience and stillness sprouting gently. At the end of our session, there was a role reversal. I had to name all the colors, count the number of brushes, and answer all her questions :) Today she showed me one more side of hers, and to nurture; I will have to use Love pills like Sister Lucy and Lobsang, who have patiently tended such souls. Since then, she has been partly leading the prayers like the little Buddha. 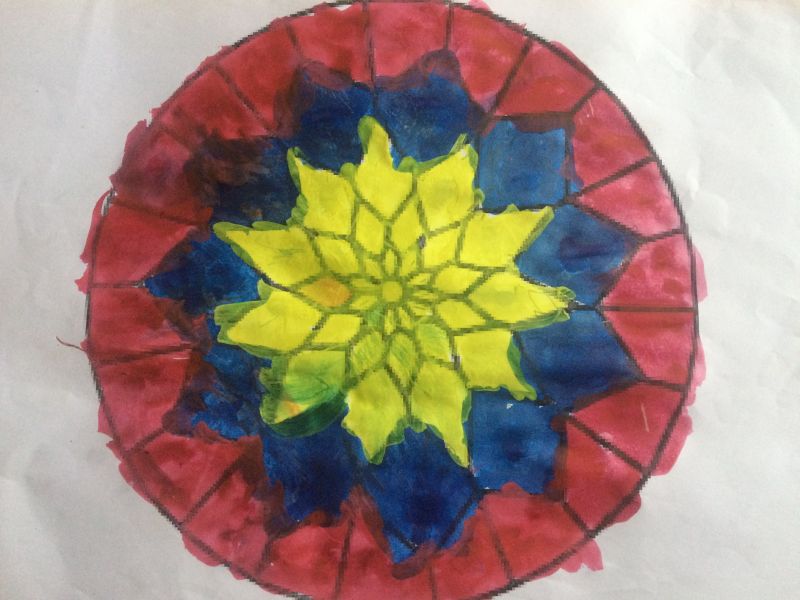 Today, before leaving the premises, I went to the kid’s room to meet a five-month-old infant who looks two months old due to premature delivery. Last week I couldn’t really embrace her while she kept holding my index finger tightly with her sparkling eyes looking at me because my mind had overclouded my senses. Since then, I have decided to see her every day, just holding her and embracing the gift of nature, the gift of God :)