[Below are the wisdom nuggets from Thursday's call with Svati Bhaktal compiled by Arti and myself with help from many invisible hands. Hindi nuggets will follow soon! So grateful for the all the love warriors behind the scenes.]

Experiences that changed her life.

How Rubaru Roshni elevated and transformed her? 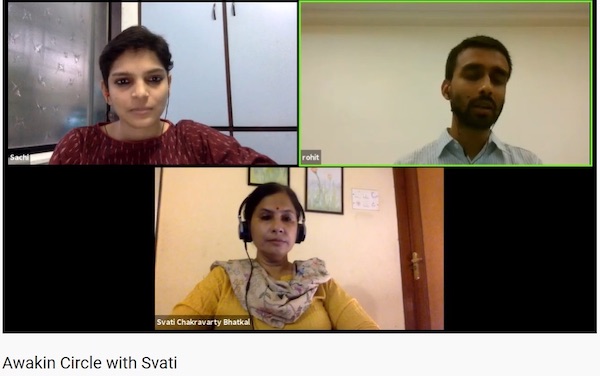 “My father is 80 and I haven’t been talking with him for years. After watching Rubaru Roshni, I went to meet my father on his birthday with a cake and decided to celebrate the day with him. Our relationship bloomed from that day until the very last day of his life.”

A father sent a letter that the movie helped him forgive the doctor in whose OT his daughter died.

“My brother was killed in an accident by a drunk driver. I didn’t even know I was holding that anger for so many years. After watching your movie a dam burst in my heart and I decided to let go of it”

“Our life is our story for the world”