A Dance In Karuna -- Tales From Sangeeta Isvaran's Life

For those who haven’t yet met 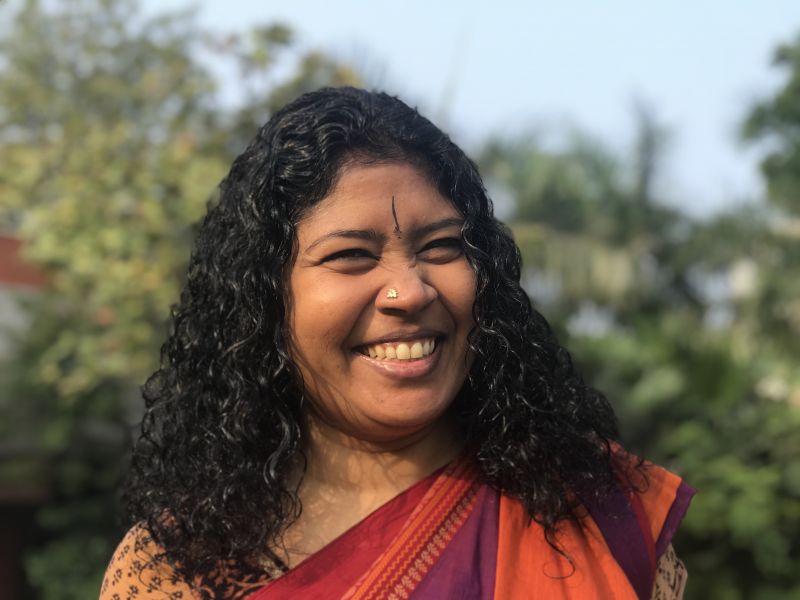 , she is a master performer in Bharatanatyam, has designed a unique Katradi technique of empathy-based social transformation. She has performed in 40 countries & taught her technique in 20 universities across the world. Sangeeta has worked with many marginalised communities, such as sex workers, street children, asylum seekers, indigenous communities, landmine victims, people with disabilities, victims of caste and religious conflict. She has very mindfully used her gifts in art, never commercially but only to serve marginalized communities and remind us of the deeper truths and values (like this). Today, I am delighted to share some glimpses of her work in being part of the dance of this universe, during these unusual times of lockdown.

The paint bucket
At 2200 in the clock, there was an old man standing still with a paint bucket dangling in his hand. He was still like a monk in the bustle of the Chennai Railway station. He was not anxious but his eyes were searching for something. That paint bucket & calmness made me talk to him.
Sangeeta- Kaha Jaana hain? (Where do you want to go?)
Stranger- West Bengal
Sangeeta- Khana khaya? (Did you have food?)
Stranger- Nahi (No)
Sangeeta- Kaha se aaye ho? (Where are you coming from?)
Stranger- Tiruvaloor
Sangeeta- Kaise aaye? (How did you come?)
Stranger- Chal kar (I walked)
Sangeeta- Did you get your wages?
Stranger- Nahi (No)
The old man was carrying all his belongings in that paint bucket & he had walked over 300 km. He did not have food, was denied his wages, & was carrying his possessions in the paint bucket like how a sage carries his kettle. I spoke to him & requested him to go to the nearest shelter-ome where we will arrange for him to go to west Bengal.

The Goodbyes
Didi Mera July main shaadi hain Aapko zarur aana hain (Sister, my wedding is in July, you must come)
Didi Aap apna photo bhejo mereko Dua karna hain (Sister, please send me your photo, I want to pray for you)
Didi Humlog ko khana nahi mil raha hain Hum kya kare? (Sister, I am not getting any food, what should I do?)

They are so sweet & full of love. These Humans work so hard for a living & they hate asking for things. They don’t have soap or even a towel & when we get distress calls, we reassure them that we are there for them. Once when we saw humans marching in highways, I took my car out to distribute buns & water. We reached close to the Andhra border where police were beating people with sticks. The villagers were protesting because all shelters were full with overcrowding. One group of workers asked,” Didi Hum kya kare” (Sister, what can we do?). No one can do anything about this problem so I started talking to them. We parked our car & shared stories with one another for over an hour. The Buses came & took them back to the places where they began from. 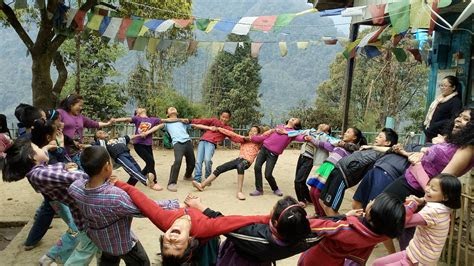 Power of a volunteer-Chennai migrant task force
There is a small group of animated volunteers who have collectively come together to serve fellow human beings. They register people, collect Id cards, follow up if they have receive the sms, match trains, connect with nodal officers, provide food & shelter but above all listen with their heart. I take all the precautions while going to the station & shelters but sometimes there are fears of catching the virus too. Initially the Greater Chennai Corporation viewed us with suspicion but now they also have improved. They often call volunteers if they require translation support & have begun to listen to us.

Ears on the ground
“Just Get out, we will manage food”, remarked an officer to me. The shelter is full, Toilets are locked & food is pathetic. The additional secretary was there to inspect & they had only food for 60 people instead of the need of 250 packets. We had brought food for them & another officer who was empathetic allowed me to do my duty. You need to be a witness & constantly highlight the problems. I was always on the ground & tried to highlight lack of food & basic hygiene issues to the right channel. The scale of the problem is overwhelming for everyone to manage. By being a witness, it has helped shelter homes to improve across Chennai.
Once I got a call from Kanchipuram from a group of girls who were harassed & threats from the Labour Union who did not want these girls to go. These girls worked in the textile mill & were crying. We had a volunteer there & a connect with the local police station. We are still trying so that they reach their homes in Chattisgarh.

The scolding ☺
Sometimes I need to scold people like babies -
Don’t stand at the station
There is no train today
Go to the shelter Home
SMS will come
Its covid time please understand
We will arrange food, Just GO

Power of love
Yesterday I met an old man at Central station. He had nothing at all with him - but a body covered in bruises. His employer had beaten him, taken his ID cards, his phone and his money to prevent him leaving the factory. He somehow made his way to the station. As he stood bewildered by the chaos of 1,000s of people clamouring to get home, our eyes met. When I moved towards him, asked where he wanted to go, he broke down and wept. Wept as he showed me the bruises on his body. Looking into his grief stricken eyes ... I just listened. Listened till he got on a bus; I gave him some money, introduced him to other people going to his state and said in Hindi, “Uncle, you are not alone, my heart weeps for you. My heart is filled with love for you. Please call me.”

Saving the starfish
One day a man was walking along the beach when he noticed a boy picking something up and gently throwing it into the ocean. Approaching the boy, he asked, “What are you doing?” The youth replied, “Throwing starfish back into the ocean. The surf is up and the tide is going out. If I don’t throw them back, they’ll die.” “Son,” the man said, “don’t you realize there are miles and miles of beach and hundreds of starfish? You can’t make a difference!”
After listening politely, the boy bent down, picked up another starfish, and threw it back into the surf. Then, smiling at the man, he said…” I made a difference for that one.” The Problem is too large & gigantic to be solved by anyone. Whatever we do is like a drop in the ocean. And yes, like the Starfish story you may not be able to change the entire world but At least you can change a small part of it, for someone. The choice is ours -To become like this boy who did his bit or like that man who felt helpless with the sheer scale of the problem.

Thank you Sangeeta, for always dancing your dance, inspiring many like us. ☺